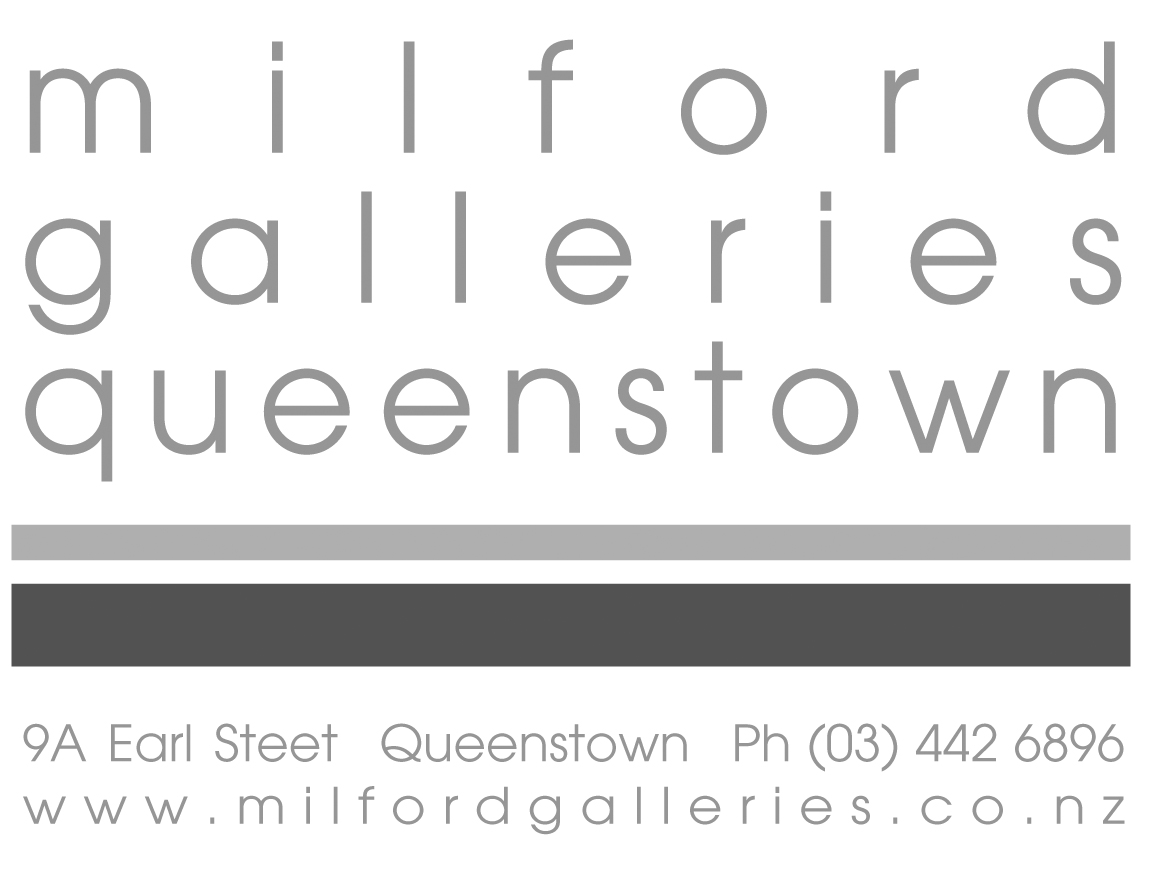 Simon Edwards' latest exhibition shows a further growth in the sensuous yet unsettling landscapes he creates, inspired by the rugged New Zealand countryside.

Colour is retained in this latest display, albeit in a restrained palette of earthy browns and shimmering blue-greys. Focus has been placed as much on the dramatic skyscapes as the untamed land, and this, combined with the reduced colour, brings Edwards back towards his almost monochromatic works of the mid 2010s, as seen in his earlier Great Unknown series. This is not to suggest a step backwards in the artist's trajectory; he has drawn on his own past work to create images in which the grandeur is intensified by the reduction of emphasis on hue, and by the power of the brushwork itself. This is not the first time in his career that Edwards has played with limited colour, and each time, there is a stepping-up of intensity, with the focus shifted to the artist's skills with form and tone.

The dynamics of sky and land put Edwards' work firmly in the context of many of his European influences,19th-century painters such as Friedrich, Turner, and Constable. The scenes, however, retain a clear New Zealand identity, retaining Edwards' place within the strong history of New Zealand landscape artists, and works such as "Blossom Rock" show a clear marrying of local artistic tradition with the quality and character of German romanticism.

Edwards uses a rigorous technique which involves the addition of paint with brush, and then the stripping back of this material to reveal often serendipitous substrates. The artist regards this process as a form of prospecting, the act of painting becoming akin to mining. (1)

Edwards' exploration of the Central Otago landscape around Queenstown, noted for its gold-mining history, adds a second resonance to the exhibition's title, and is also responsible for the subtle changes in his landforms from previous exhibitions. Water, in the form of lakes and rivers, has become a major feature in works such as Bedrock and Claim, and becomes the pivotal feature of Passage. In Gully Raker and Drift it is the conversation between the dramatic skies and still waters which become the tension at the heart of the images. In each case, the juxtaposition of heavily worked tectonic rock, rolling ethereal solidity of cloud, and tranquil flat water adds a profound element of dynamism to these intriguing works.