Over the last three years, the Remarkables Market has been on a journey with a seemingly simple purpose; to be New Zealand's first zero waste market.

The Remarkables Market is a weekly market located at The Red Barn in Remarkables Park Queenstown. Overlooking The Remarkables mountain range, this is the place to sample local produce, crafts and gifts, and enjoy live music over coffee and brunch with friends and family.

The market is now in its tenth season, however over the last three market seasons Remarkables Market manager Sherryn Smith and her team have been on a mission to minimise the waste produced by the weekly market. With multiple coffee carts and a popular smoothie stall, there were roughly 800 single use cups ending up in landfill each week equating to approximately 20,000 for a market season.

At the beginning of the 2017-2018 market season, the team made their first step towards reducing their waste by purchasing a selection of second hand cups from the local Salvation Army store for people to drink their coffee from as they explore the market. A cup stand was installed in a prominent location at the entrance to the market and market staff collected and washed the used cups by hand throughout the market day.

Coffee vendors agreed to discount coffee by $0.50 if people used the cups and plenty did, however although staff were kept busy washing the cups throughout the day this equated to only 20% of the coffees being purchased. The Remarkables Market team felt there was more they could be doing to work towards their goal of being a zero waste market. 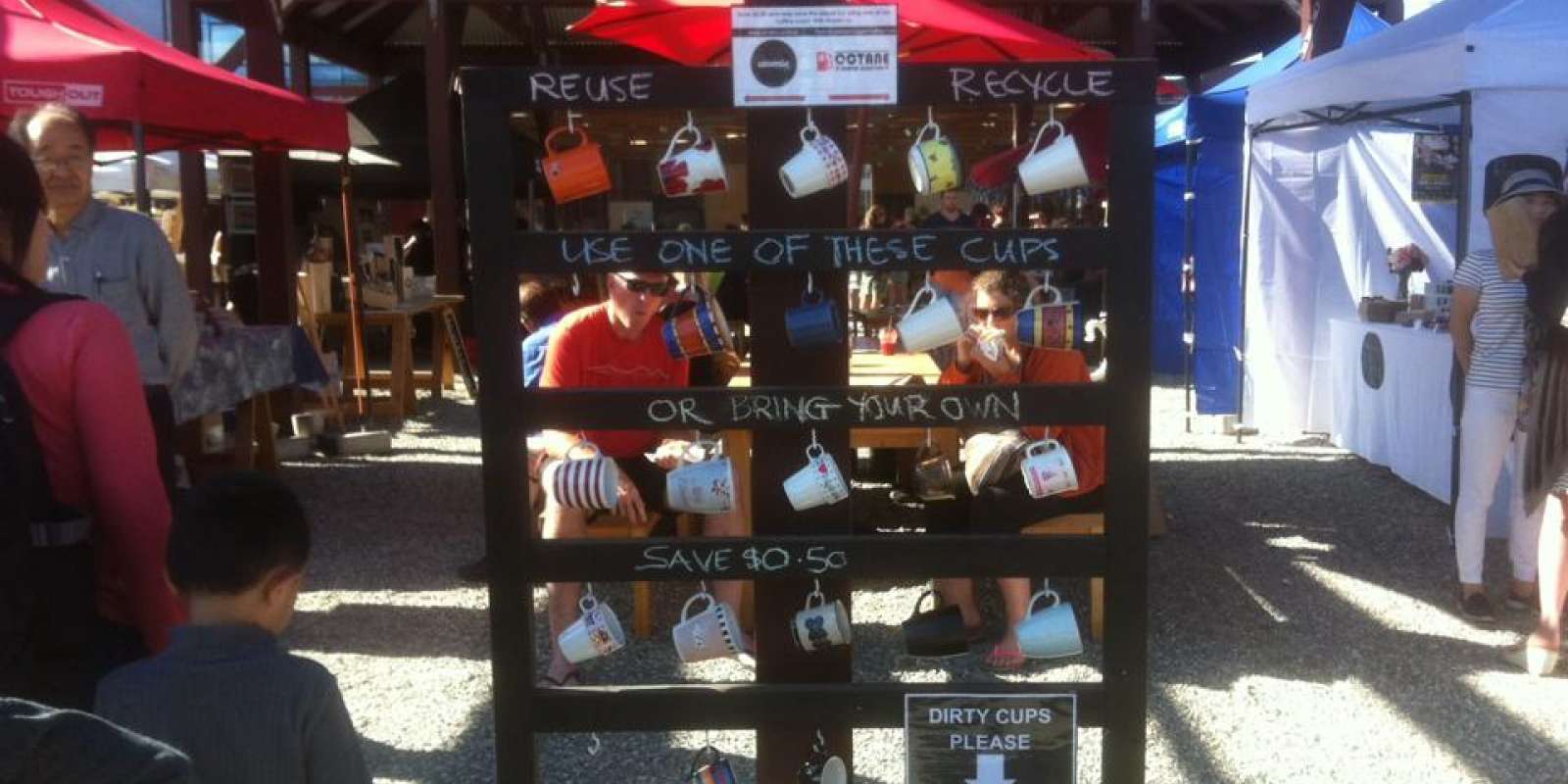 Cups available to use at Remarkables Market

Cups available to use at Remarkables Market

The 2019-2020 market season saw the Remarkables Market become New Zealand’s first market to ban single use cups. The market team collected unwanted glass jars from the local community to be used as smoothie cups, they also purchased more coffee cups and invested in a new sterilising dishwasher to help speed up the washing process.

The first market day of the season was a success, with only one person asking for a takeaway cup on the day. Because there are fewer cups and jars available than coffees and juices being made, it does require the assistance of two additional staff members each market day which has resulted in two more jobs in the community for energetic school kids.

A proper composting system has also been established, with organic waste from the smoothie stall and used coffee grounds now being composted on site and put back into the gardens at the market. 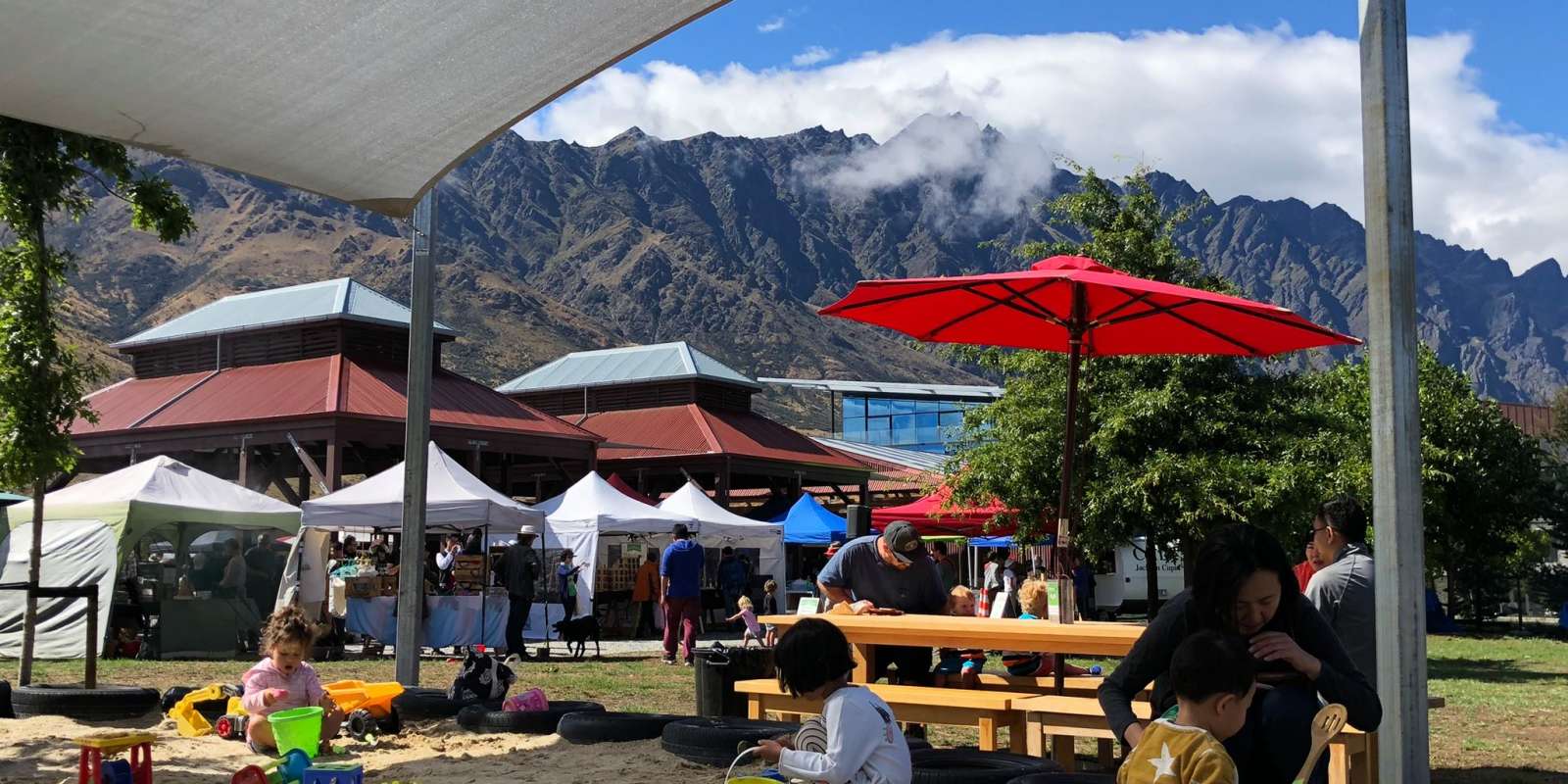 Although setting out to be New Zealand's first waste free market may seem a simple purpose, habits can be hard to break and so far the journey has not been without its complications. The next step for Sherryn and the Remarkables Market team is encouraging food stalls to use fully ‘home’ compostable plate/cutlery options which can then be composted on site and eventually put back into the garden.

The Remarkables Market runs every Saturday from 9.00am - 2:00pm, October - April. Find out more here.