Queenstown often takes peoples breath away, and it’s not hard to see why! From Kingston to Glenorchy, the landscape is full of stark beautiful contrasts.

Lake Wakatipu was named from the original Māori word Whakatipu wai-māori. Legend says that the lake bed was formed when a giant demon, Matau was burned while sleeping.

Lake Wakatipu is up to 379 metres deep in some places, making the lake bed below sea level at its deepest point. The colour of the lake, nicknamed ‘Wakatipu Blue’ is a famous deep blue, and can shift colour due to glacial waters of the Dart and Rees rivers, feeding the lake at its northern tip. In 2014, the lake changed to a mesmerizing turquoise colour due to a large landslip in the Dart River releasing glacial silt into the water. 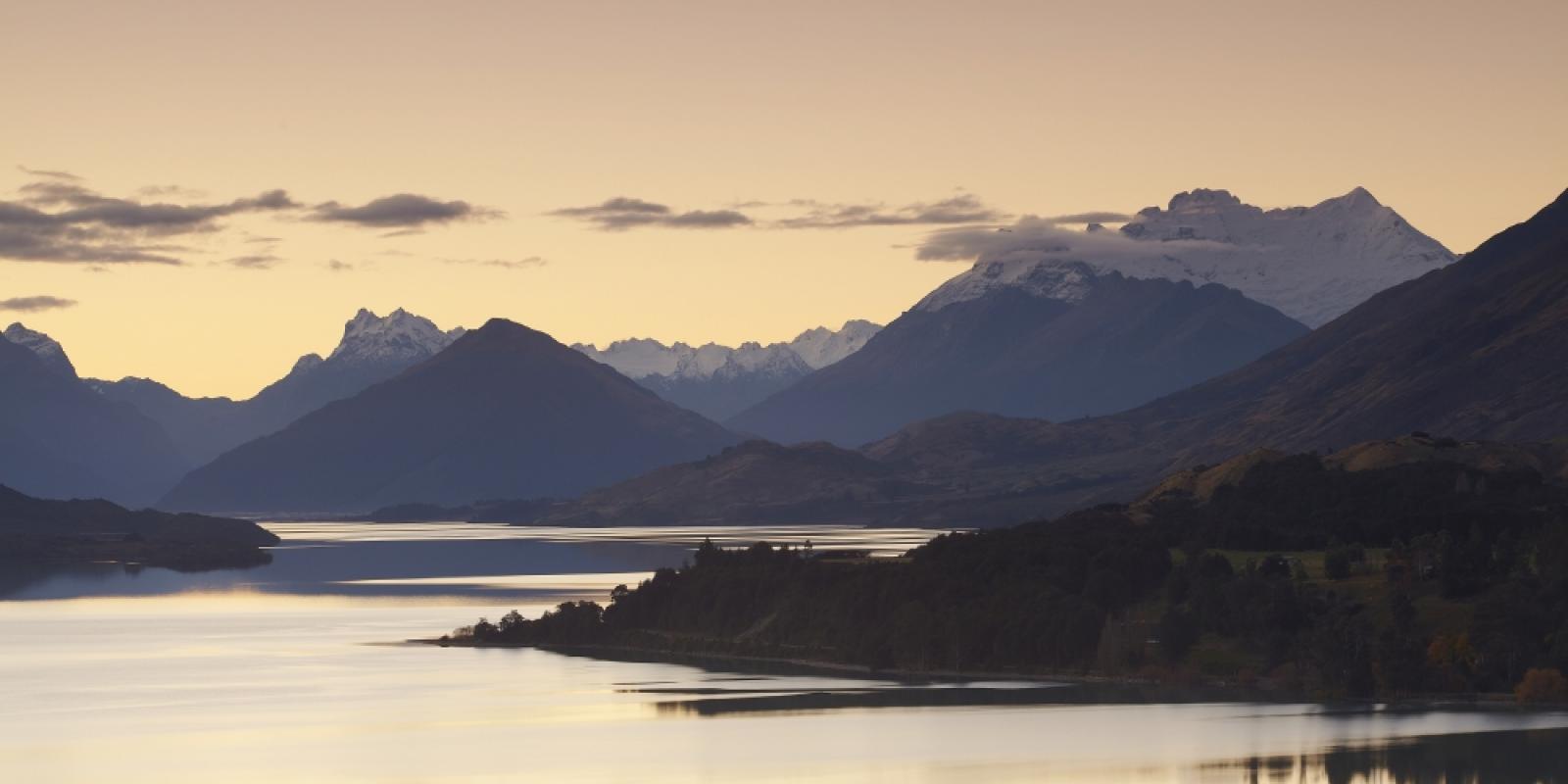 Bennett's Bluff on the way to Glenorchy

Bennett's Bluff on the way to Glenorchy

The spectacular drive to Glenorchy offers breath-taking views at every turn, literally! On every bend you will see snow-capped mountains, pristine lakes and rivers and Lord of the Rings country.

Around 20 minutes into your drive is the Bennett’s Bluff lookout, an absolute must to fully appreciate the beauty of the region. From here you will see Mt Alfred in the distance, Pig and Pigeon Island in the foreground, and the Richardson and Humboldt mountain ranges surrounding the northern tip of the lake.

Make sure you also take the 20km drive to Paradise from Glenorchy, and you’ll instantly see why it received its name. A short stroll from the Paradise Trust historic cottages is a perfectly positioned bench, with incredible views of Mt Earnslaw. 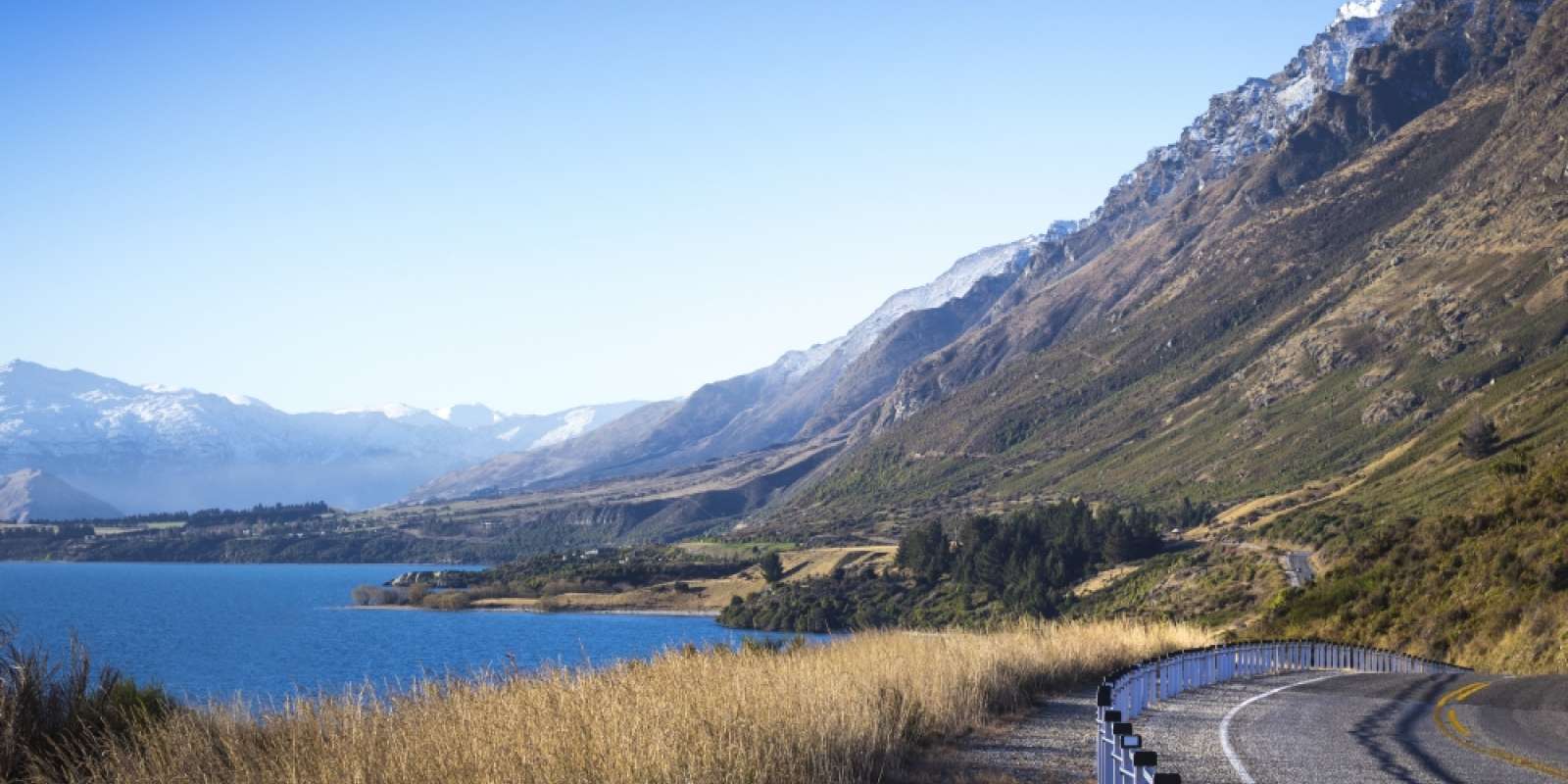 Kingston and the Devil's Staircase

It takes around 40 minutes to drive from Queenstown to Kingston and the trip along State Highway 6 follows the eastern shore of the lake and the foot of The Remarkables. There are several places to stop along the route including the Devil's Staircase, that are particularly good for photos. The scenery strikes a contrast between the jagged Remarkables Mountains and the shores of Lake Wakatipu. Once you get to Kingston the landscape changes with a wide curved beach, popular with boaties in summer, at the southern end of the lake. 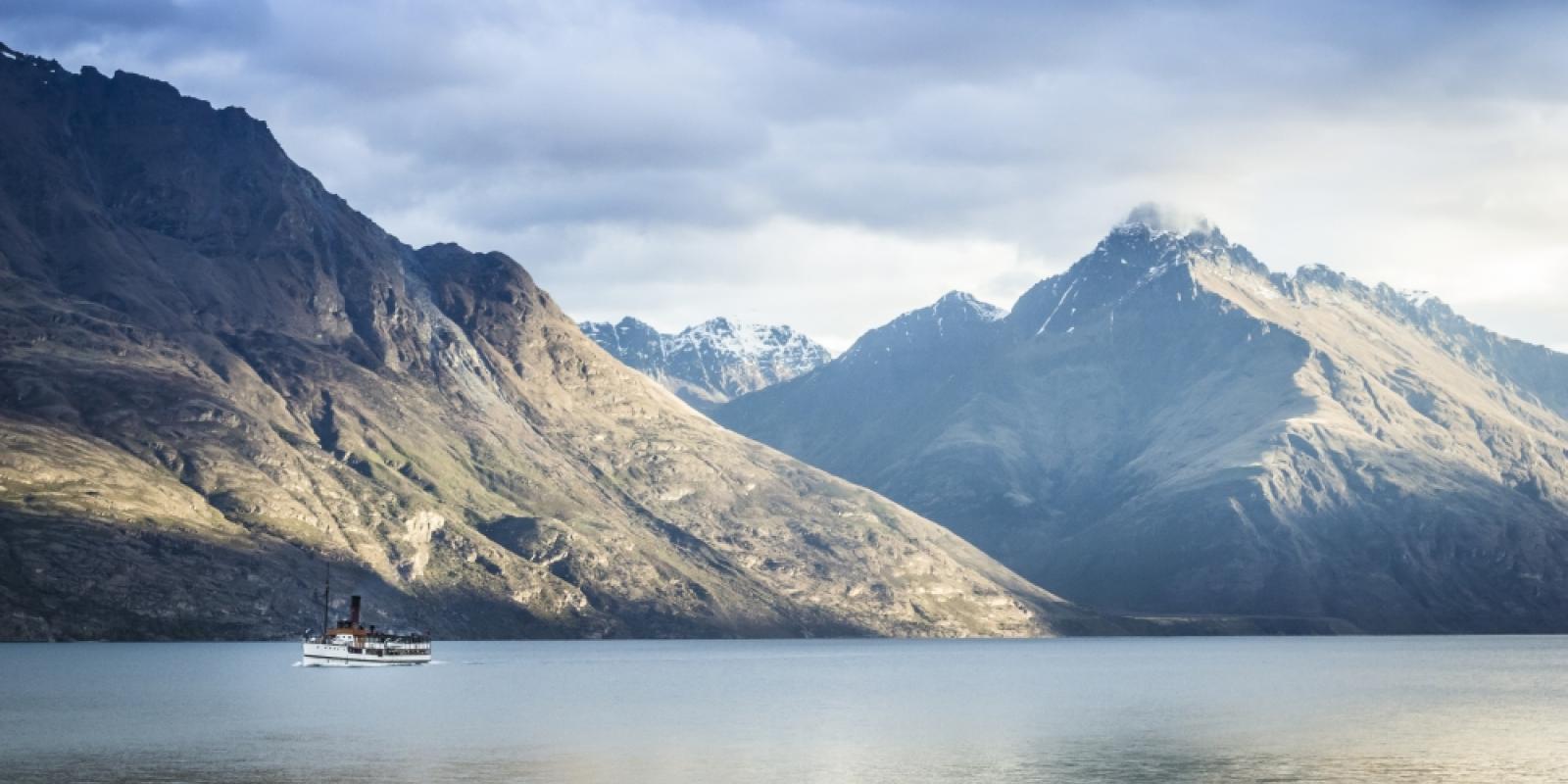 When you arrive in Queenstown, one of the first things you’ll notice are the dramatic mountains rising sharply from Lake Wakatipu.

Driving from Frankton to Queenstown central, Cecil and Walter Peaks are the two mountains that are most prominent, and it‘s no surprise as they are 1980m and 1800m in height. In winter both mountains are snow-capped and form the winter landscape that Queenstown is famous for.

Both mountains are named after William Rees’ son Cecil Walter. Rees is considered the founding father of Queenstown, arriving in the area in 1860 and established a high country farm close to Queenstown's town centre. 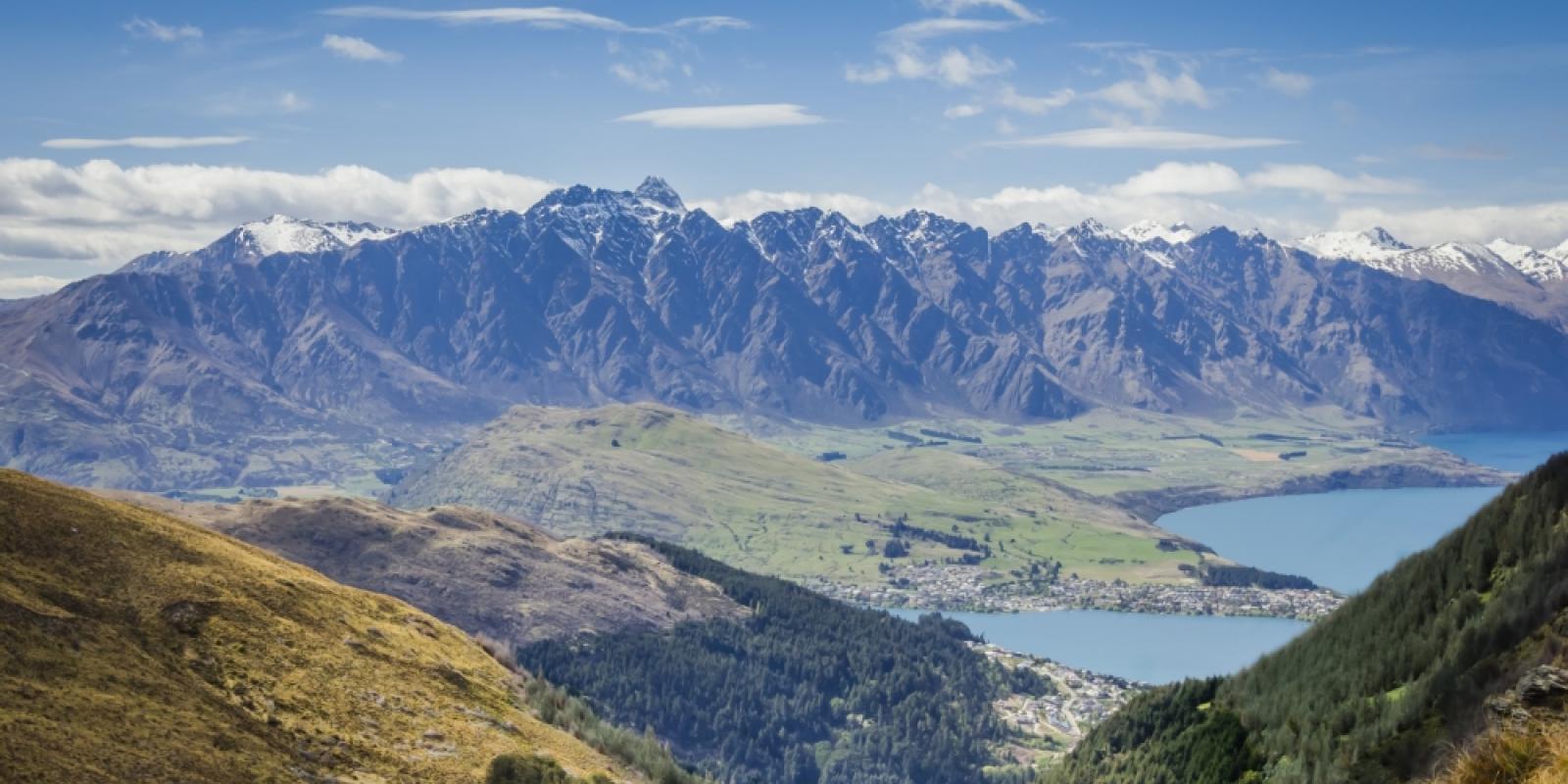 We left the most iconic until last, the stunning Remarkables mountain range are one of the two mountain ranges in the world which run directly north to south, the other being the Rockies. Located on the south eastern shore of Lake Wakatipu, the mountains are home to a ski-field, and a number of small lakes and stunning views across the Wakatipu Basin.