Queenstown is home to a trio of attractions that highlight our place in New Zealand’s pioneering history.

Three of the eleven Tohu Whenua in Otago are located in the Queenstown Region, acknowledging that these landmarks offer some of the best heritage experiences in the country.

Tohu Whenua are the places that have shaped Aotearoa New Zealand. Located in stunning landscapes and rich with stories, they form a network of places where visitors can walk in the footsteps of extraordinary and ordinary New Zealanders and hear about the deeds, struggles, triumphs and innovations that make us who we are.

The town of Arrowtown and its Chinese Settlement, the TSS Earnslaw owned by RealNZ and the Kawarau Gorge Suspension Bridge, site of AJ Hackett’s Kawarau Bungy operation, are three Queenstown sites that have a significant ties to the regions rich history.

The TSS Earnslaw is an integral part of Queenstown’s pioneering history and to this day a Queenstown icon.

Built in 1912 the steamship provided an important link between the isolated farming communities along the lake and the outside world.  Rescued in 1968 by tourism operator RealNZ (formerly Real Journeys), she started to carry passengers around the lake once again.

Today, the TSS Earnslaw is the only hand-fired steamship in operation in the Southern Hemisphere. 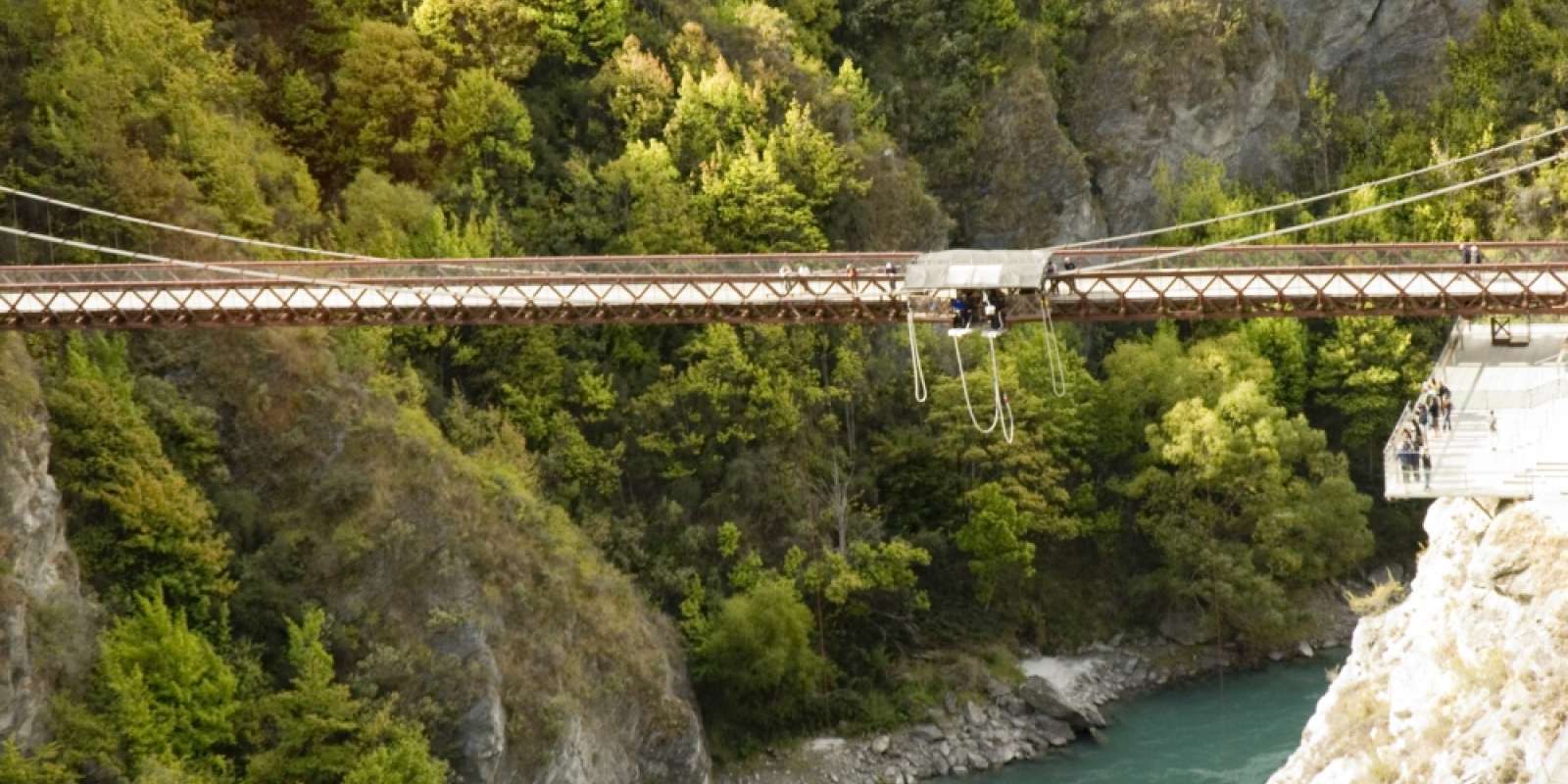 The Kawarau Suspension Bridge was completed in late 1880 and was a daring new bridge design for its time. The bridge was built to enable crossing over the windy canyon, when better railways, roads and equipment were needed to service the prospectors during the Central Otago gold rush.

Today, the Kawarau Suspension Bridge has been restored, and is used by cyclists, foot passengers and bungy jumpers. The Kawarau Bridge is famously known as the world’s birthplace of bungy, with entrepreneur A. J. Hackett opening the world’s first commercial bungy jumping venture, a 43m jump over the Kawarau River, in 1988. 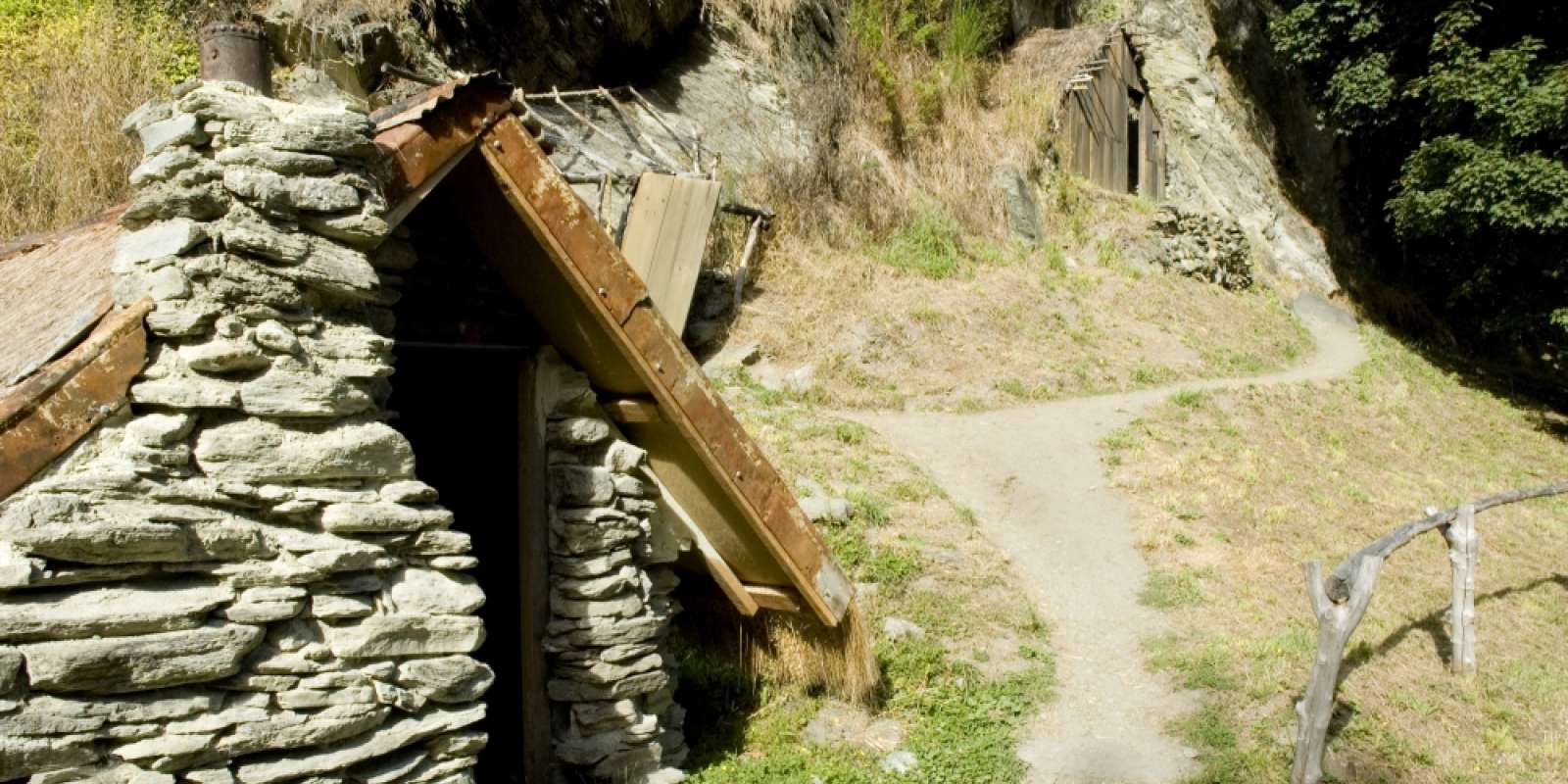 Arrowtown and its Chinese Settlement

Arrowtown and the Arrowtown Chinese Settlement was home to thousands of prospectors who came to the region in search of gold in the middle of the 19th Century.

The restored cottages and buildings lining Buckingham Street were the start of a more permanent town, and now around 70 buildings and features are left from the gold rush era.

In Arrowtown, the Chinese gold-miners were forced to live in huts along isolated gullies on the banks of Bush Creek at the edge of town, which is now known as the Chinese Settlement. Many of the huts have been restored, offering visitors the chance to step back into that ‘golden’ era and see up-close their modest living conditions, and learn stories of their occupants.

To learn more about Tohu Whenua landmarks in Otago here.