History of Skiing and Snowboarding

People come from all over the world to experience Queenstown’s world class ski resorts, but not many know that its snow sport history can be traced all the way back to the region’s first gold rush.

How it all began

It was the Norwegian goldminers who introduced skiing to the district in the 1860s and 1870s, as they used this method of transport to reach their diggings in winter. By the early 1900s the concept of skiing as a sport was flourishing, and within 30 years, dozens of locally-run ski clubs had popped up on mountains across New Zealand.

During this time Coronet Peak, then a high-country farm, became a popular ski area for very fit and inventive locals who trudged up the mountain, usually with home-made wooden skis and metal poles on their backs - the latter often adapted from a humble golf club. Helmets were still a vision of the future, along with luxuries like snow grooming, chair lifts and the technology we enjoy now. This meant that, although the run downhill was well-earned, it was also rather risky. 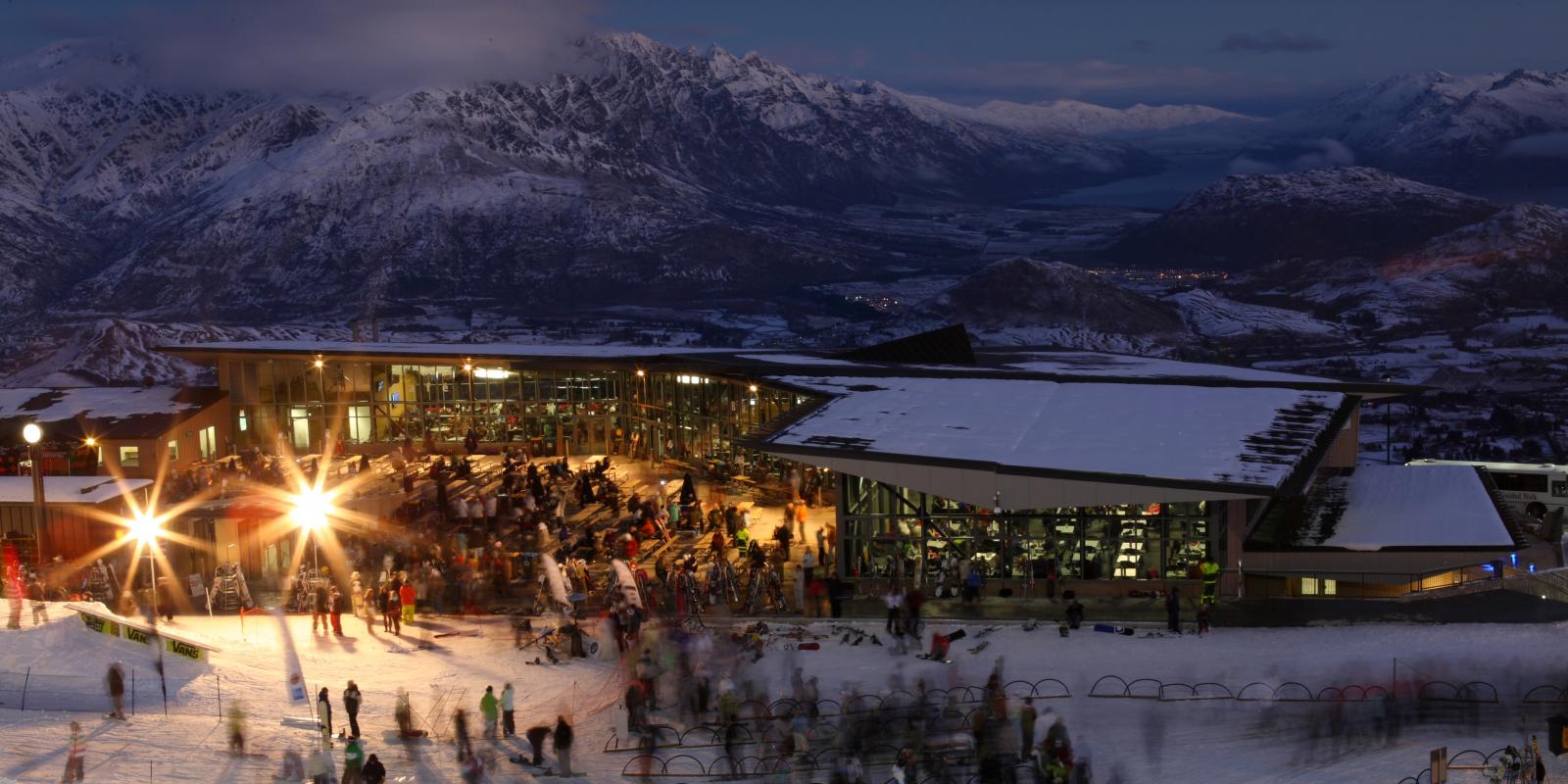 The club is also the original birthplace of the legendary international phenomenon: the ‘One Ski in the Grave’ club. Established in 1996 after a now famous remark by ‘young’ Derek McKeown who, at 58 years old, made a cheeky observation about three older members taking some time off the slopes to rest in the sun.

Before long the club had its own badge, used to identify members on ski slopes all over the world, and a few basic rules. To join, members must be at least 55 years old and pay a $10 joining fee, no matter the currency used, and the eldest ski first.

Therefore, Queenstown local and decorated World War II bomber pilot, the late Arnold Divers, was always the first off the top of the run right up until he died aged 77. 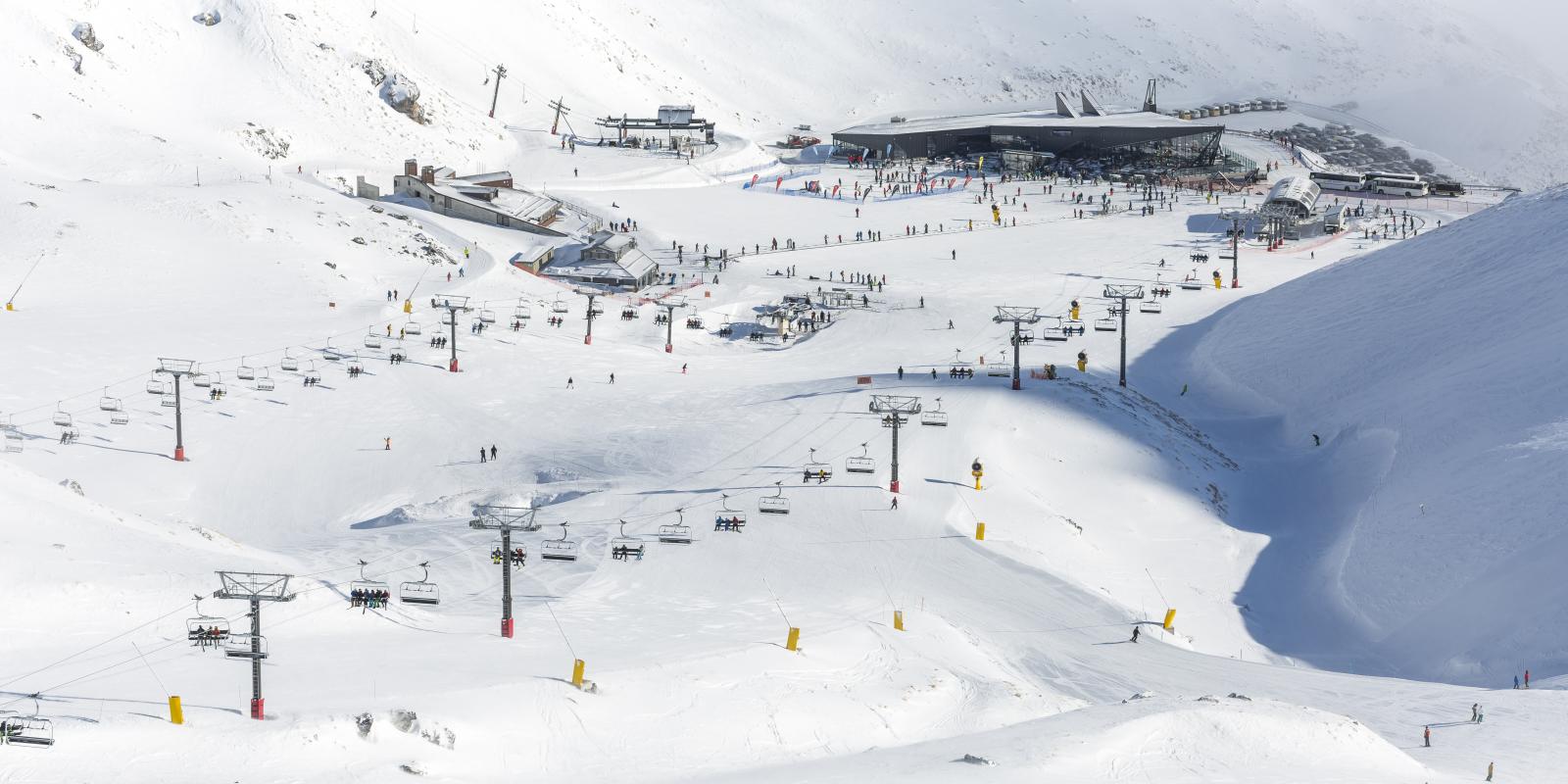 The growth of skiing and snowboarding

The 1980s saw the advent of snowboarding in New Zealand, and by the time The Remarkables ski resort opened on the famous mountain range in 1985, Queenstown’s mountains were packed with snow sport enthusiasts from all around the world.

Many New Zealand ski resorts initially banned snowboarding, as it was considered too dangerous. However, by 1987 snowboarders were being invited back to the slopes and in 1988 the first New Zealand snowboarding national championships were held at Cardrona. When the first halfpipe was constructed, international snowboarders started arriving to train there too.

Backcountry, or off-piste, skiing has always been a popular choice of adventure in Queenstown. Privately chartered planes began dropping people off on the mountains to enjoy exclusive skiing experiences 60 years ago. In the 1950s, New Zealand ski planes were also modified to allow them to land on large glaciers, and the first one flew from Mt Cook village in 1955. Today, backcountry skiers and snowboarders have the choice of an epic helicopter trip.

Sustainability is the key to ensuring the Queenstown region’s world class ski slopes are here for many years to come. Environmental management practices and modern technologies are now in place to make certain these ski fields continue to exist so that future generations from all around the world will get to enjoy them too.

Queenstown would have to wait another 30 years before the next commercial ski resort opened in the district. Once a bustling goldmining centre in the 1860s, the Cardrona settlement was reduced to a few dilapidated buildings by the early 1970s.  Fortune struck the little town once more, though, when the Cardrona Alpine Resort opened its fields to the public in 1977.

Boasting the highest ski fields in New Zealand, and within an easy driving distance from either Queenstown or Wanaka, Cardrona is drawing people from all over the world once more. The formerly dilapidated pioneer buildings of the town, which include one of the oldest pubs in New Zealand, have since been restored to the iconic landmarks they are today.