New Zealand is currently in Covid-19 Alert Level 1. Controls at the border remain for those entering New Zealand.

Surrounded by snow-capped mountains, Queenstown has many beautiful walks with epic snow views you can enjoy during winter. Don your scarf, hat, gloves and jacket plus some sturdy walking shoes and choose from five of the best.

Tobin’s Track climbs up to the Crown Terrace for spectacular elevated views of the Wakatipu basin and surrounding mountains.  Time your walk with sunset to catch the golden hour glow on the mountains. 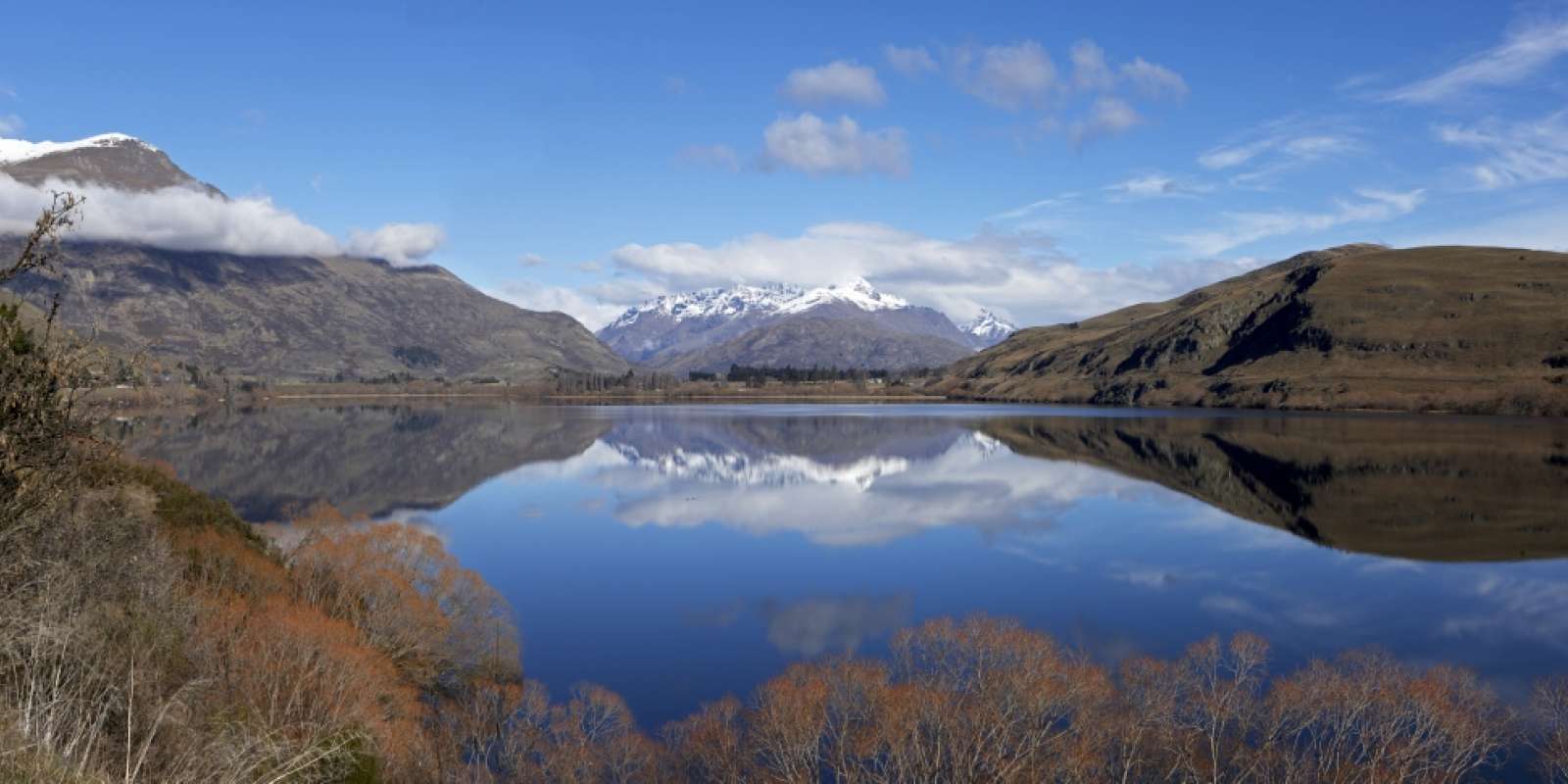 If you visit Lake Hayes, you’ll instantly see why it’s called ‘the most photographed lake in New Zealand’. Reflecting the majestic mountains, Walter Peak, Cecil Peak, Coronet Peak as well as the Northern end of The Remarkables, this lake offers a million and one photo opportunities on the trail that follows its shores. 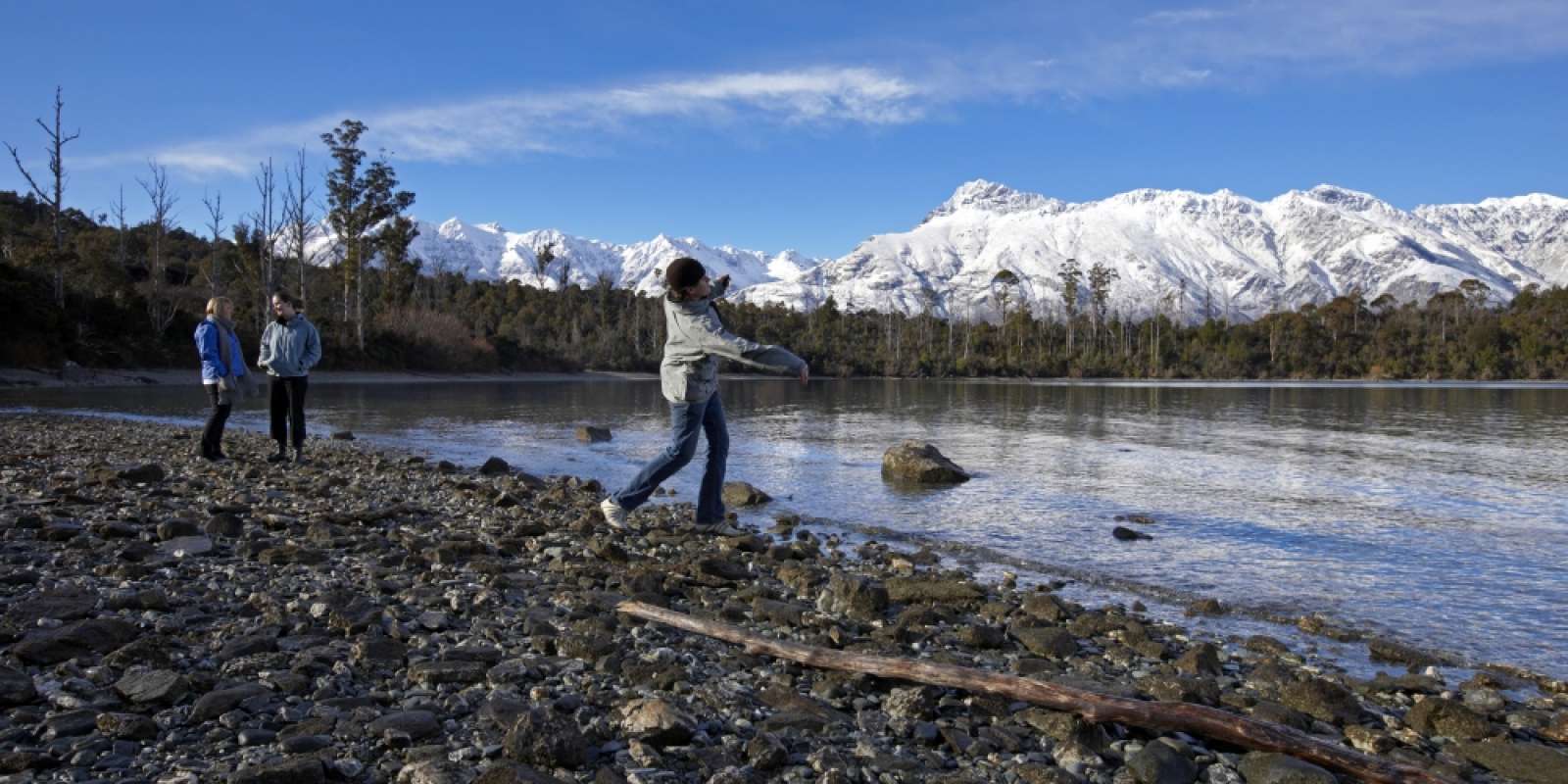 This short walk (starting approximately a 20 minute drive from central Queenstown) passes through native bush to reach a stunning cove on Lake Wakatipu - it's a great option for kids and you’ll be rewarded with views of snow covered Mt Nicholas. If you feel like taking it to the next level, follow the track up past the lime kiln to gain elevated views of Bob’s Cove, Lake Wakatipu and The Remarkables mountain range. 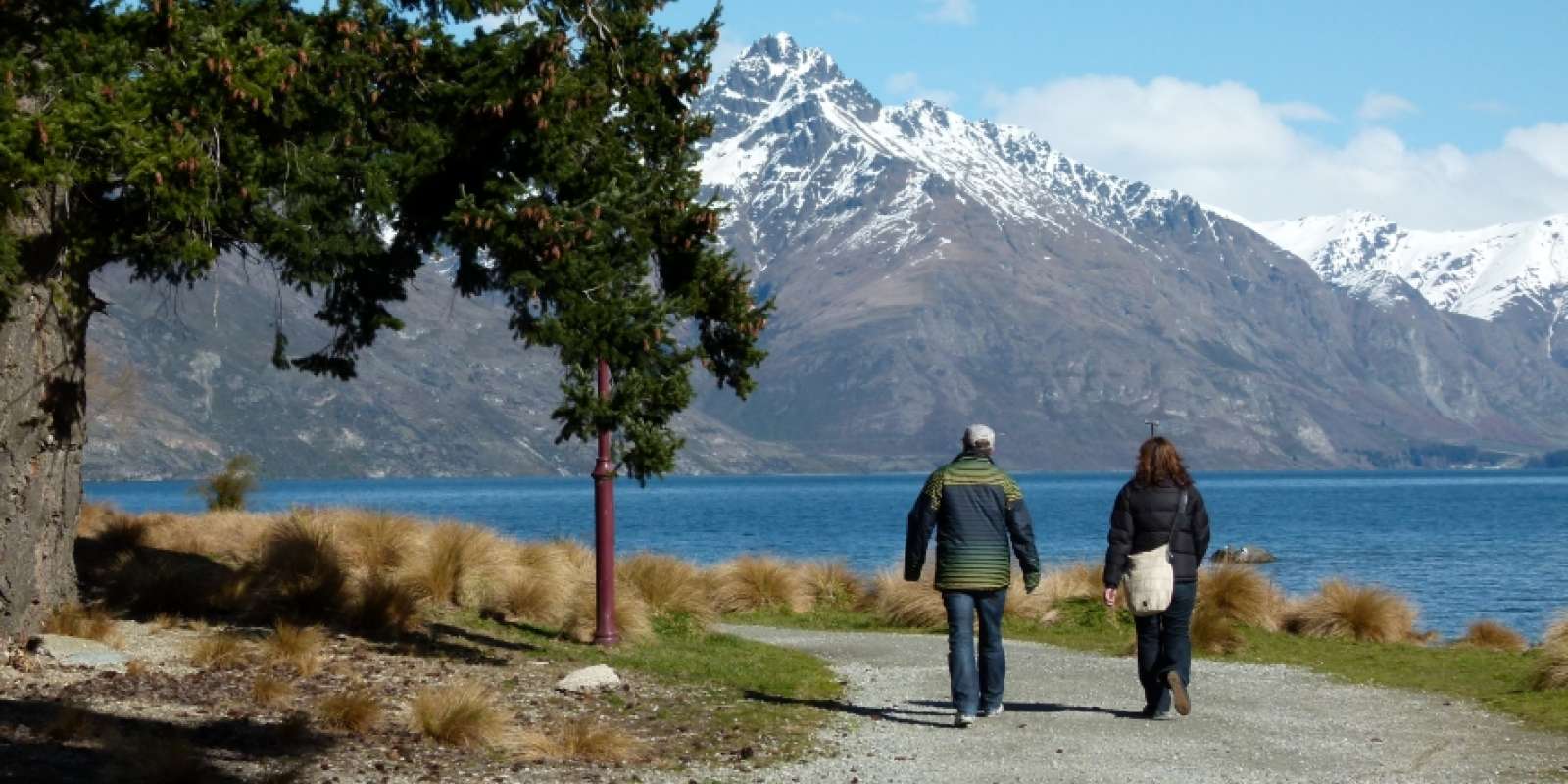 Not so obvious when you start the short loop around the Queenstown Gardens, the epic winter vistas reveal themselves along the lower track. Halfway around the track, uninterrupted views towards Mt Nicholas, Cecil Peak, Walter Peak are revealed, and if you continue around towards Frankton, The Remarkables mountain range is in full view.

Moke Lake is nestled in between Ben Lomond and Williamson Spur, meaning you’ll be surrounded by 360 degrees of snow-capped mountains. This popular short (2 – 3 hour loop) undulating walk through grassland has a short boardwalk at the southern end protecting a small wetland, watch your step on the wood here if it’s a cold day. Make sure you check with the Department of Conservation (Level 1, 50 Stanley Street) about road conditions during winter.